Architectural continuity and a respect for context are vital concepts in the development of Harbor Shores physical environment. The design vision of Harbor Shores is to establish a sense of place which captures the charm of historic, small town America while at the same time providing for an array of modern indoor and outdoor lifestyles desired among the most sought after lakeside resort. The stylistic approach which Harbor Shores shall incorporate throughout the architectural program is based upon the Coastal Shingle Style which is truly a representation of American architecture. Originating at the turn of the 20th Century in the coastal towns of the Northeast, the Shingle Style originated with the summer residences of the wealthy Industrialists who were in search of an architectural flavor which represented their vacation lifestyles of leisure and entertainment. The informal yet vibrant essence of the Shingle Style is characterized by:

This distinctive look, though originally conceived to be a short-lived trend in American Architecture, has become a basis of design in waterfront communities throughout the Northern part of the country

Site planning, as well as architectural and landscape design, are controlled by the Architectural Review Board (ARC), a permanent committee of Harbor Shores Master Association. The ARC exercises control to:

The natural beauty of the Harbor Shores landscape will be preserved and enhanced as the property grows. Homes are carefully sited and disturbed areas are limited to minimize their impact on the land. Landscaping plans enhance the native habitat by using indigenous vegetation. Wherever possible, trees are preserved and protected to enhance the beauty and value of properties within the estate. 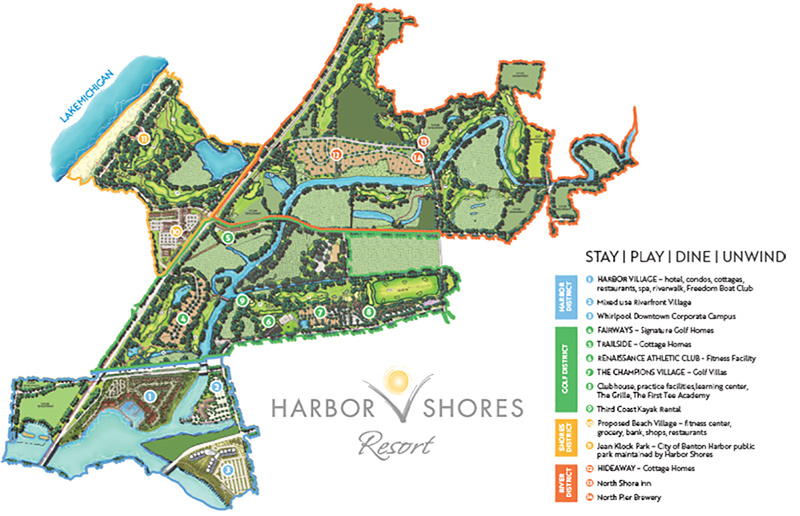 Upholding this vision of Harbor Shores are the Architects and builders who have been approved by the Architectural Review Board. These custom home builders have been through a screening process to confirm business licensure, membership in a local chapter of the National Association of Home Builders, and a good track record with the Harbor Shores ARC. Using their talent, creativity and experience, they design and build homes that compliment the land and add lasting value to Harbor Shores. We are proud to introduce them to you.

The Harbor Shores home builder program is a service designed to help make your building process easier by identifying area , professional builders with the experience and track record YOU would want in your home builder. We’ve interviewed each builder through a rigorous five point review process and the outcome is a group of top-notch craftsmen in one neat, easy-to-find package. This select group of professional home builders consistently delivers the quality, beauty, and value that Harbor Shores residents deserve. Each builder represents a small, owner-operated company with the flexibility, responsiveness and communication that you expect. 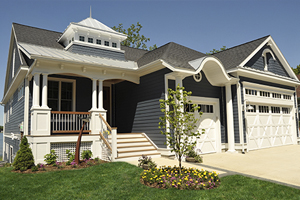 Founded in 2003 by Dustin Carpenter and Nathan Abbott, Falcon Custom Homes is a company dedicated to providing home buyers with an experience like no other. With over 15 years of construction experience and degrees in construction management from Michigan State, Dustin and Nathan have the skills and knowledge necessary to create the level of quality Falcon Custom Homes is known for. 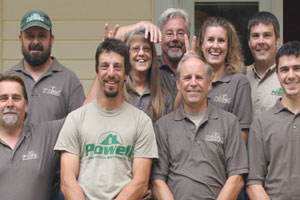 As the exclusive builder of the Hideaway cottages, Powell Construction strives to be different in everything that we do. We are about the experience, building relationships as well as building homes. We believe that the home building experience should be enjoyable, not just for you, but for us as well and it’s our team that makes this process enjoyable. Our team of carpenters knows they are working on your home, not just another job. Throughout the building process, you will find that we continually earn the trust you put in us from day one. 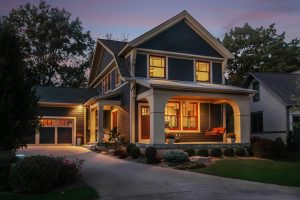 Mosaic Homes and Properties is a construction and development company founded in 1993 by company President, Brad Rottschafer. Mosaic was established out of the desire to craft residential homes and neighborhoods that exhibit a higher level of architectural integrity, radiate a sense of community and place that inspire those that live in or are travelling though them. Since its inception, Mosaic has created and built a string of landmark communities that truly inspire.

Welcome to life at Harbor Shores. We could call it the simple life, but there’s so much happening here along the waters of Lake Michigan. Say hello to a beach town where your family can vacation or happily call home. Harbor Shores began with a big idea – to build upon the historic towns of Benton Harbor and St. Joseph, Michigan, by creating a world-class community along the lake’s beautiful shores. That big idea has since transformed into a shared spirit of celebration.

Harbor Shores combines the charm of a small town with the year-round amenities of a world-class destination, ideally located just 90 minutes from downtown Chicago. Whether you’re drawn to our Jack Nicklaus Signature Golf Course or the majestic blue waters of Lake Michigan, if you dream of owning a home in a spectacular setting, then Harbor Shores is the place for you.

We are pleased to have Evergreen Development as the developer for Harbor Shores. From its headquarters in St. Joseph, Evergreen offers clients more than half a century of international experience in planning, developing, and marketing many of the world’s top master-planned communities, Jack Nicklaus golf courses, and mixed-use centers.

Besides Harbor Shores, here are just a few of Evergreen’s projects:

Evergreen worked with an extensive array of consultants to plan and complete the development of Harbor Shores. 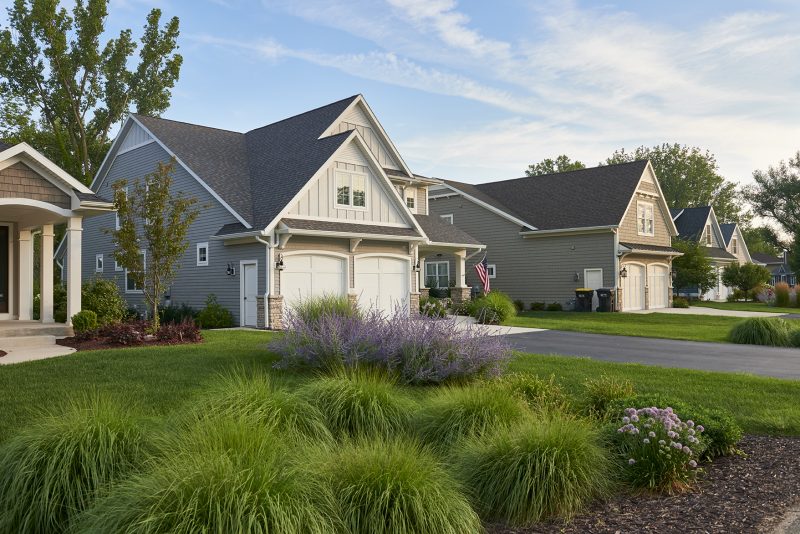 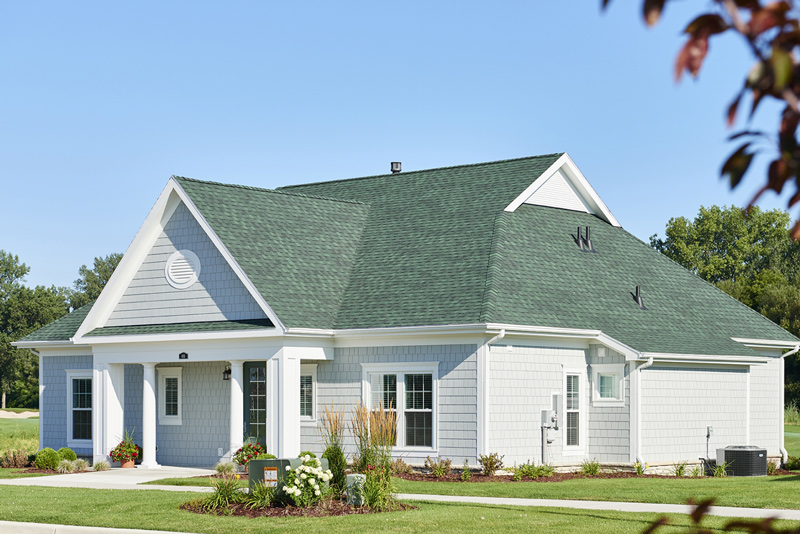 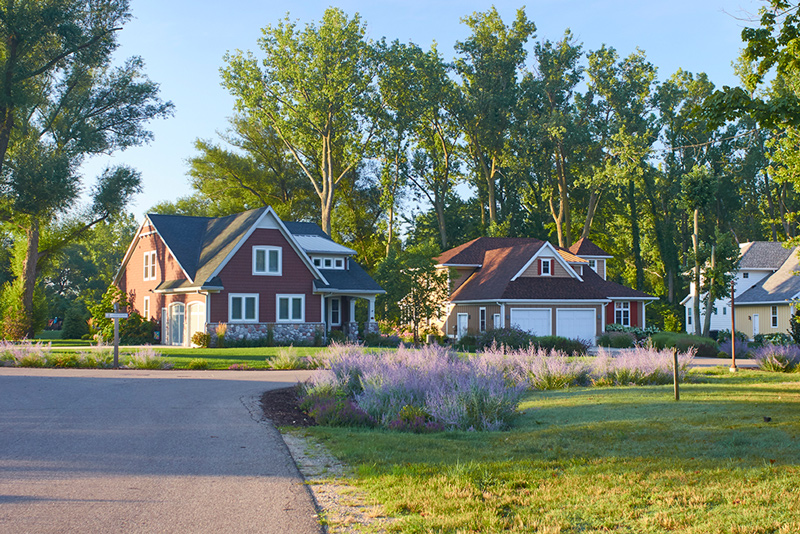 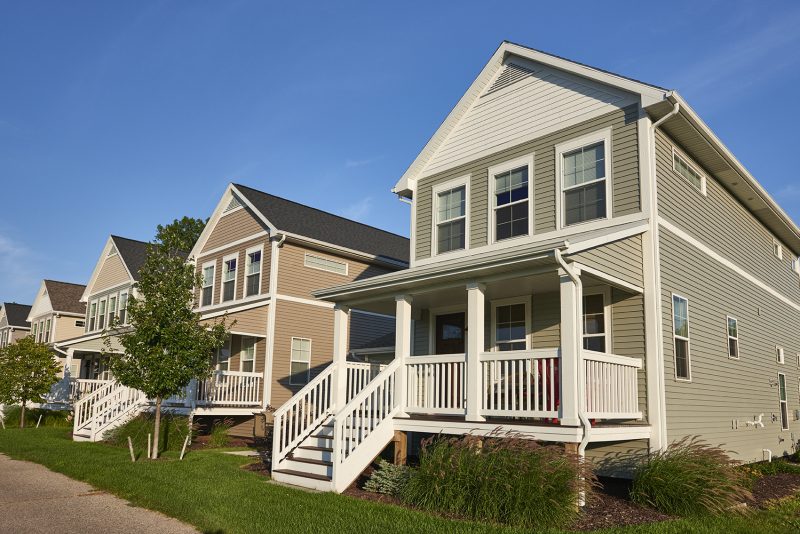 Bob spent his career managing and developing major projects around the globe. From golf courses in Hawaii to marinas in Singapore and numerous mixed-used communities, Bob has earned an enviable reputation for bringing complex concepts to life. You can see one of his recent efforts, Walsh Bay, near the legendary Sydney Opera House in Sydney, Australia.

Jeff is President & CEO of Evergreen Development and has extensive experience in real estate finance including a senior role with General Growth Properties, one of the foremost retail developers in the world with joint ventures in Brazil, Costa Rica, and Turkey. Jeff joined Harbor Shores and Evergreen in 2008, overseeing all financing, accounting, tax, and financial reporting. In addition, Jeff oversees the development pipeline and capital acquisition. Jeff has his Bachelor of Arts degree in economics from Indiana University and a Master of Arts degree in economics from DePaul University. He also happens to be a former United States Marine and served in Operations Desert Shield and Desert Storm.

Responsible for overseeing sales and marketing for Harbor Shores, Kerry brings advanced knowledge of new home sales, keen intellect for sales coaching and development, and a passion for southwest Michigan. Prior to joining the company, Kerry was a sales leader for one of the most prestigious development brands in the US, managing master-planned communities throughout Florida and Chicago. 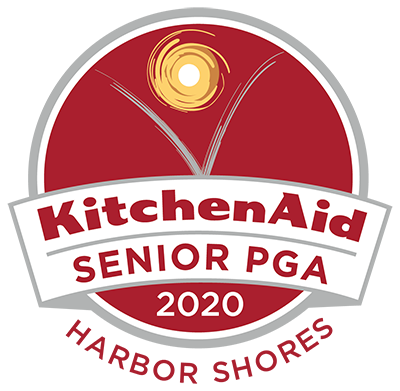 
LIVE THE RESORT LIFE, BE A